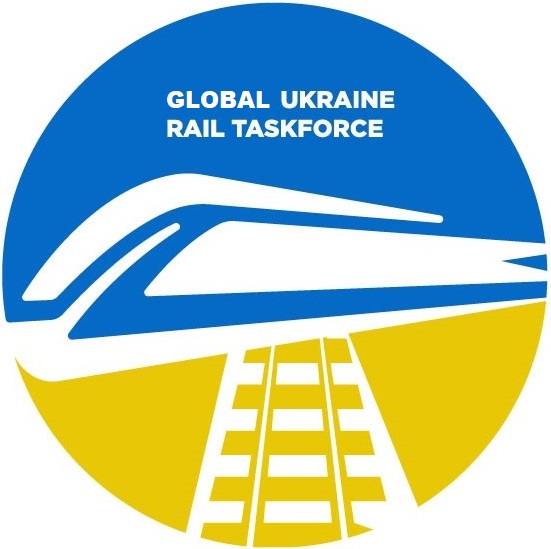 After Russia’s unprovoked and brutal invasion of Ukraine, one thing became immediately clear: the critical role of the Ukrainian and European rail systems in evacuating refugees as well as transporting humanitarian aid and agricultural produce.

This is why the Global Ukraine Task Force was set up fast, in order to coordinate technical, mechanical, and policy support for Ukrainian freight and passenger rail companies as well as refugee trains. More details on the Task Force's objectives can be found further below.

In addition, the Task Force is working together with WE AID - founded by Phineo, the German branch of the leading charitable organization United Way - on a donation campaign to raise funds for the Ukrainian railways system in this crisis.

First distribution of the proceeds collected under the donation campaign

In the course of several months, more than 100.000€ were collected thanks to the generosity of the donors. The proceeds were sent to the Trade Union of Railwaymen and Transport Construction of JSC Ukrainian Railway to be used to purchase 5000 food packages that will be shipped and delivered to railway workers and their families at the frontline and newly liberated territories of Ukraine (Kharkiv, Kupyansk, Bakhmut, Kherson, Nikopol, Marhanets, Izyum, Konotop, Bakhmach, Khutir-Mikhailivsky, Chernihiv, etc.). The food packages will consist of: flour, pasta, rice, corn and wheat grits, oil, canned fish and meat, pate, tea, sugar and biscuits.

The Global Ukraine Rail Task Force would like to wholeheartedly thank the generous donors who contributed, especially United Way’s “United for Ukraine” fund and the Norwegian rail infrastructure manager Bane NOR.

In addition, the Global Ukraine Rail Task Force would like to thank the wonderful people of the Task Force’s partner WE AID for their tireless efforts and dedication in helping us running this donation campaign and making sure that the proceeds reach the Ukrainian railway workers.

You can still donate in Euros, British pounds or US dollars on WE-AID's website:

to make a payment with any credit card or debit card, and not only with Paypal.

There is also a bank account for our campaign. Monies from any currency can be paid to:

The primary aim of the Global Ukraine Rail Task Force is to provide a roundtable to analyse the impact of Russia’s aggressive invasion on Ukraine’s rail sector and to seek solutions. The twin goals are to address the humanitarian crisis enveloping the rail sector as well as rebuilding the rail infrastructure to replace war damage and meet the long term needs of a democratic Ukraine linked to the European Union.

The Task Force will work with political  stakeholders and reach out to experts in the international rail community to implement our core objectives, providing  cross-functional expertise. The Task Force will vet obstacles and attempt to identify practical solutions through our members as well as governmental and industry allies.

Our Four Objectives are:

The Task Force is currently hosted by ALLRAIL, an association of independent passenger rail companies based in Brussels, Belgium. Additional hosts will be sought to share in the administrative function of this volunteer organization. The Task Force has two components:

If you have further questions about the Task Force, then please contact: